A propaganda machine against Western aspirations

Yesterday, TV Imedi broadcasted the results of a public opinion poll conducted by polling company GORBI. The formulation of questions in the poll does not meet validity standards, is not relevant to the current developments and aims not to study public opinion, but rather to manipulate it, thus the poll represents tool of propaganda. The absurdity of this part of the poll, which was commissioned by the TV IMEDI, is the attempt to turn, so far concealed, anti-Western rhetoric into public opinion. 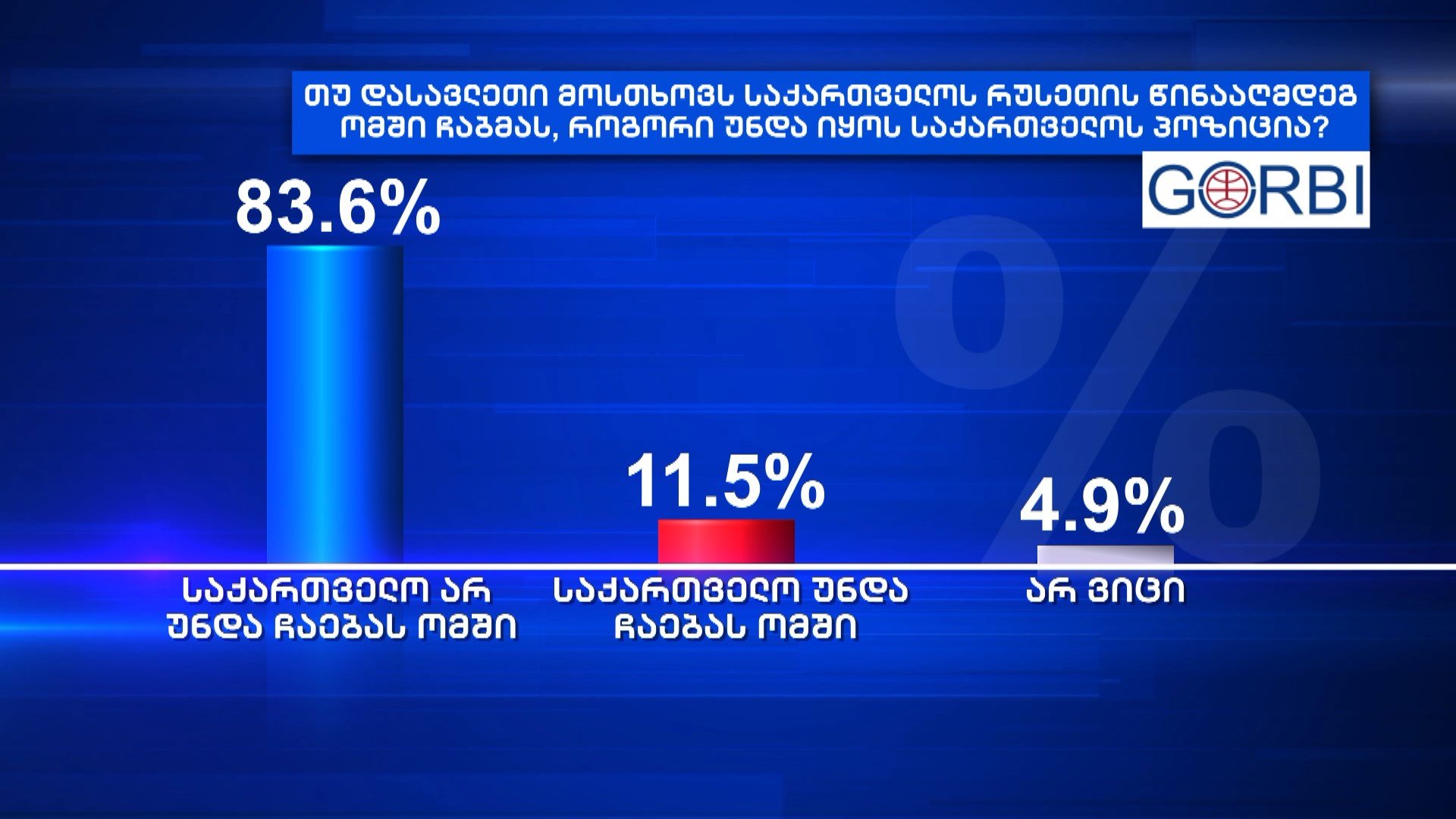 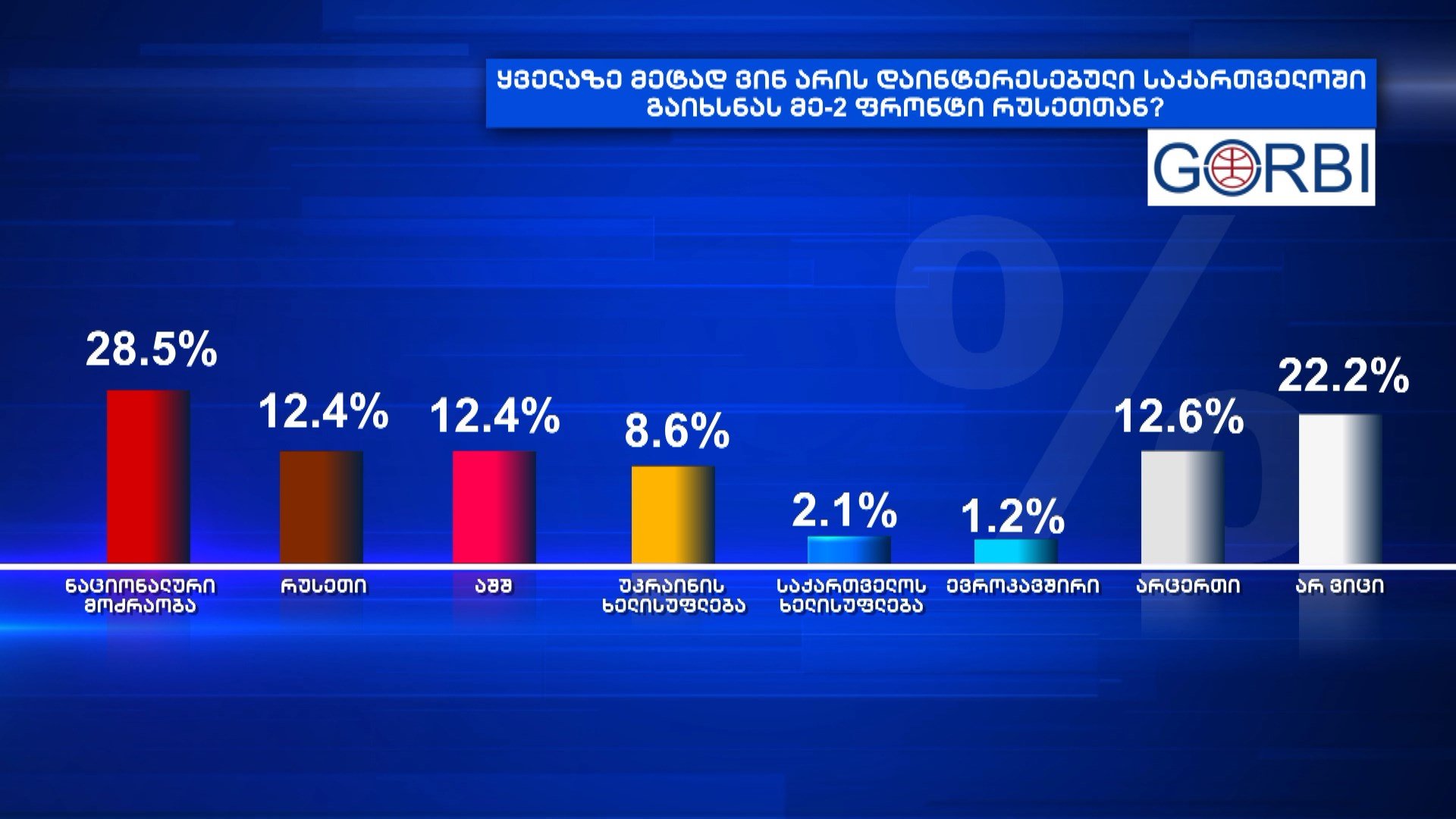 The poll presented consolidates number of propaganda techniques that are characteristics of an autocratic regimes, such as: fueling fear, confronting people with non-existent choices, creating an icon of the evil enemy, manipulating public opinion or attitudes and deceiving.

Notably, the poll has been published following the Government officials’ public statements regarding the European Parliament resolution, with the same narrative and indications that have been made daily.  The poll broadcasted on the TV IMEDI represents an attempt to portray these attitudes legitimized by the people. This purpose is also indicated by the fact that results of the poll have been actively shared by members of the ruling party, pro-government experts and other actors related to them. In order to increase the scope of propaganda’s impact, interested actors use the common methods – sharing information on various FB pages and information agencies. The poll results were sponsored by anonymous false media pages on Facebook that are acting in support of the Government. 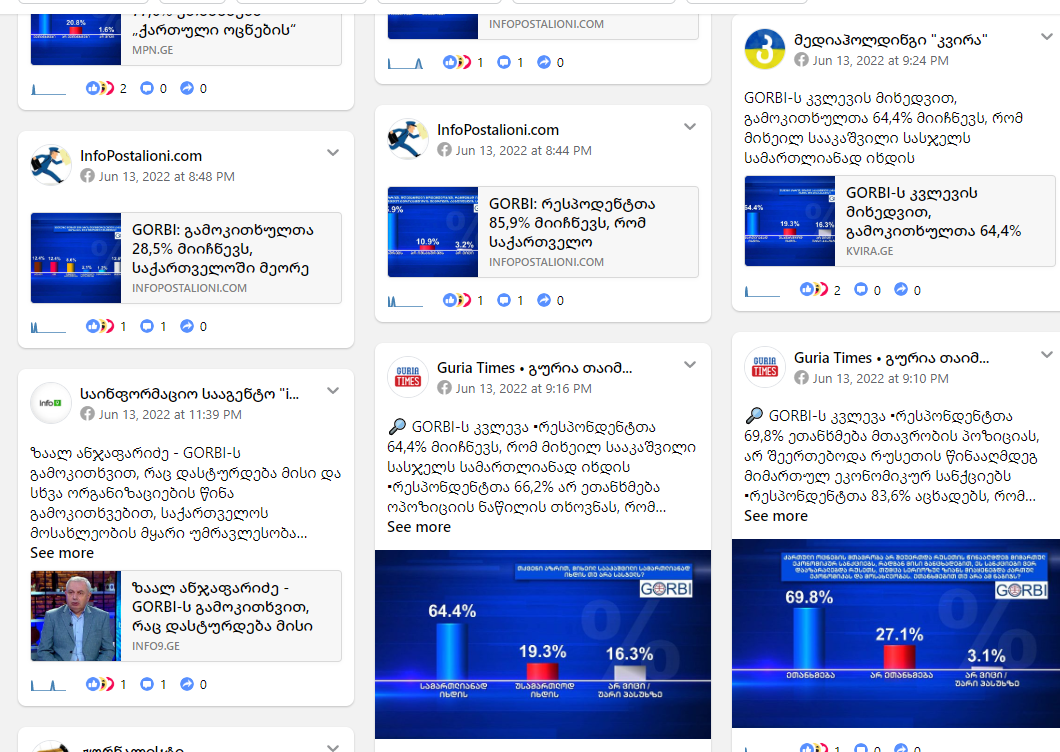 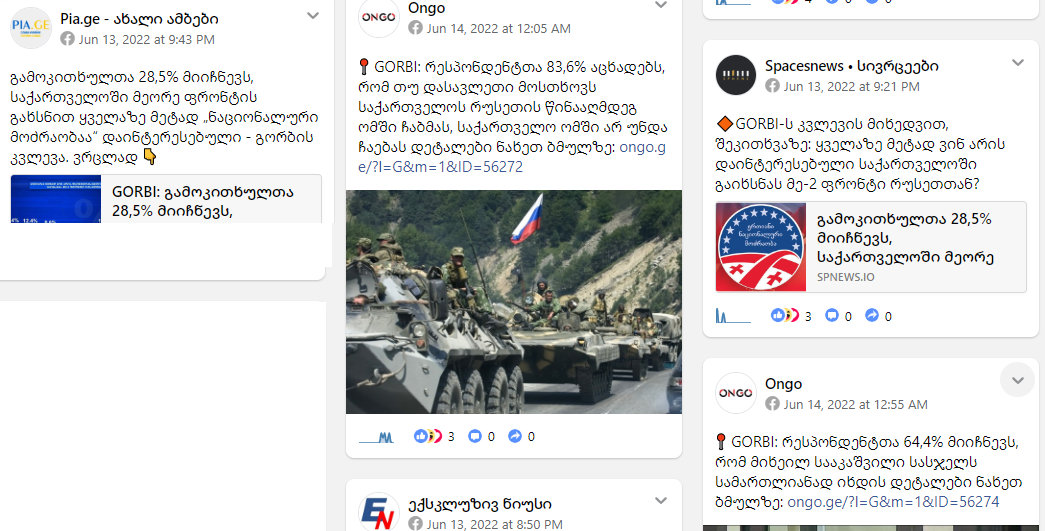 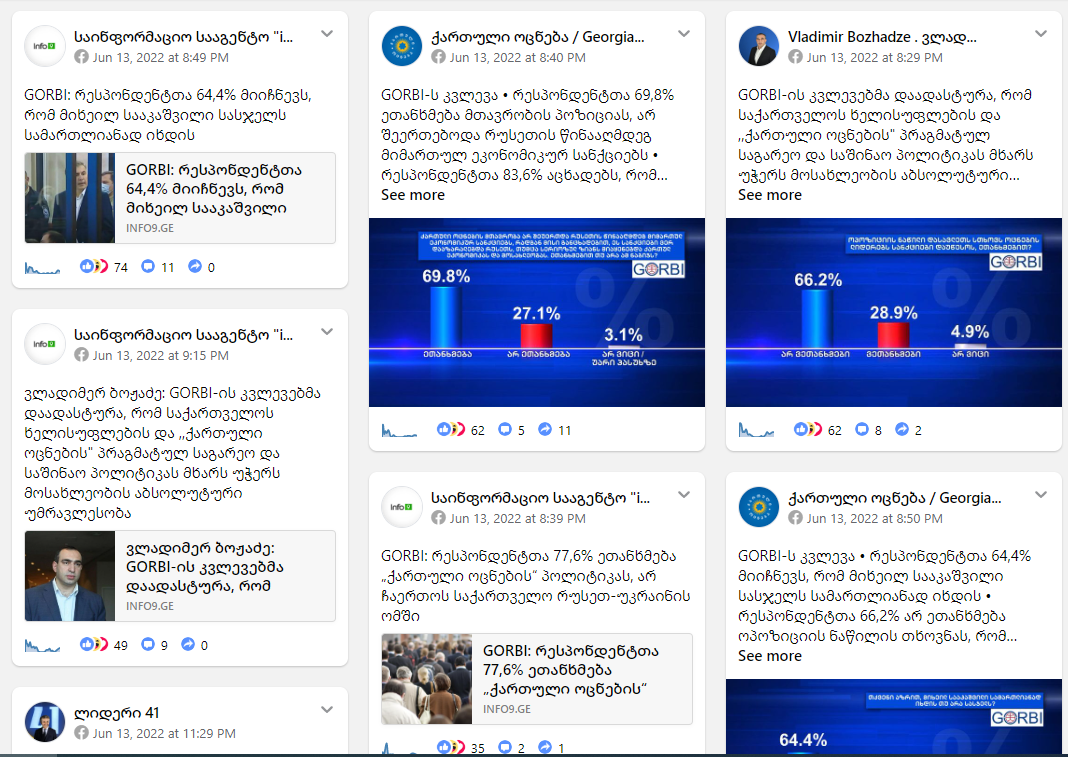 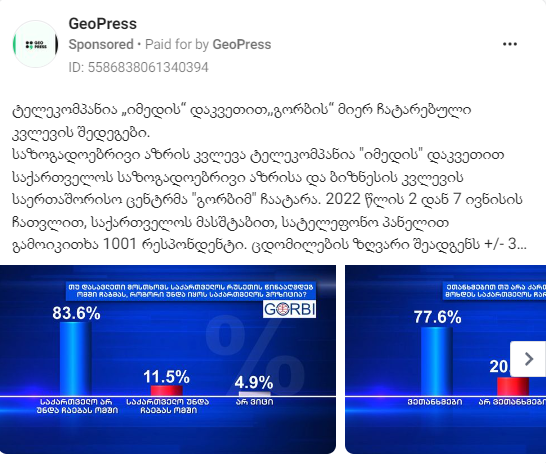 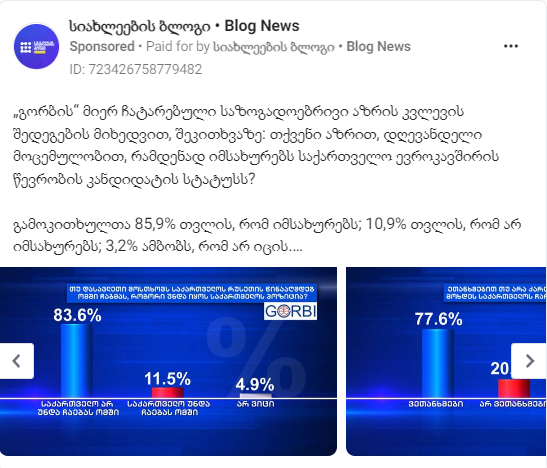 These actions clearly represent attempts to oppose the pro-Western aspirations chosen by the majority of the Georgian population and contradicts Georgia’s Western foreign policy course which is constitutionally enshrined.

Questions posed in the GORBI poll, suggesting that the West might be in favor of war in Georgia, coincides with the Russian-run radical violent groups’ continuous efforts to blame West for the war in Ukraine and then apply the absurd theory of dragging Georgia in the war to this narrative.

Raising the issue in a given way also increases the threat of Russian aggression in Georgia. The Russian propaganda machine spends immense resources to cover up its military or other type of aggression and to sway public opinion in the targeted countries. Amidst these threats, instead confronting of Russian propaganda by the State with every possible effort, the pro-government media via manipulative means, outlining public opinion around ridiculous fears, lends a hand to Russia to avert its guilt. In the historical moment, this poses irreversible damage to security and the centuries-old aspiration of the Georgian people to integrate with Europe.