On March 22, the Facebook page - “Bidzina Ivanishvili & Media”, known for active support of the ruling party - “Georgian Dream” and Bidzina Ivanishvili, has published a positive post regarding the return of the former Prime Minister, Giorgi Gakharia back to politics.  Following the public reaction on social media, on March 23, the page changed its name to Gakharia&Media. Since October 9, 2011, the mentioned Facebook page had been promoting the Georgian Dream, the party members, and Bidzina Ivanishvili himself. The page published not only posts in support of the ruling party or its activities, but also news about the activities of the Georgian government, thus practically representing anonymous public relations of the government. Currently, according to March 23, the page has 97,770 subscribers. Facebook page "Bidzina Ivanishvili & Media" was created in 2011 by Gabriel Tsulaia. According to CrowdTangle, since its creation, the page has posted a total of 5,631 posts with a total of 2,041,736 interactions (comments, reactions, shares). 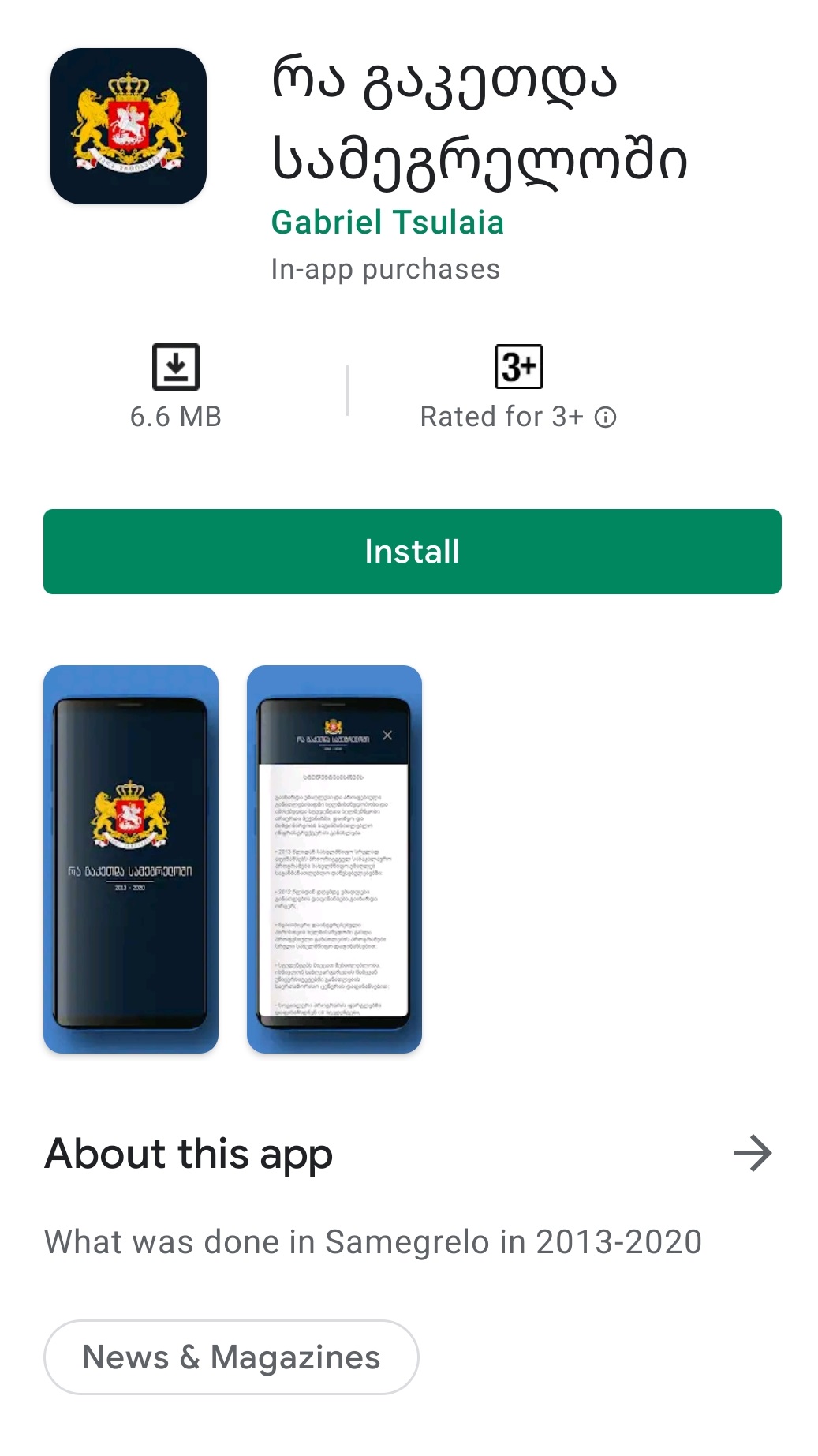 According to the State Audit Office, Gabriel Tsulaia made a non-monetary donation of 6,000 GEL to the Georgian Dream on October 17, before the 2020 Parliamentary Elections. According to the report submitted by the Georgian Dream to the State Audit Office, Gabriel Tsulaia created a phone application "What has been done in Samegrelo" which is intended to inform the public about various projects implemented by the government at the central and local levels. The mentioned application probably responds to the Facebook page "This is done in Samegrelo" that has published sponsored posts with advertiser being the Georgian Dream.

It is noteworthy that the page "Bidzina Ivanishvili & Media" has temporarily become unavailable on Facebook in December 2019, presumably, to diversifying administrators. This was made the same time when Facebook removed the network of accounts affiliated with the Georgian Dream in Georgia from its platform. One administrator currently manages the page; however, before December 2019, the page had 19 administrators. For defining the identity of the page administrator, two public comments are available on Facebook. Both comments were written by the page while interacting with a user on October 10 and 12, 2011, the dates following the creation of the page.

Text: My Name is Gabriel Tsulaia 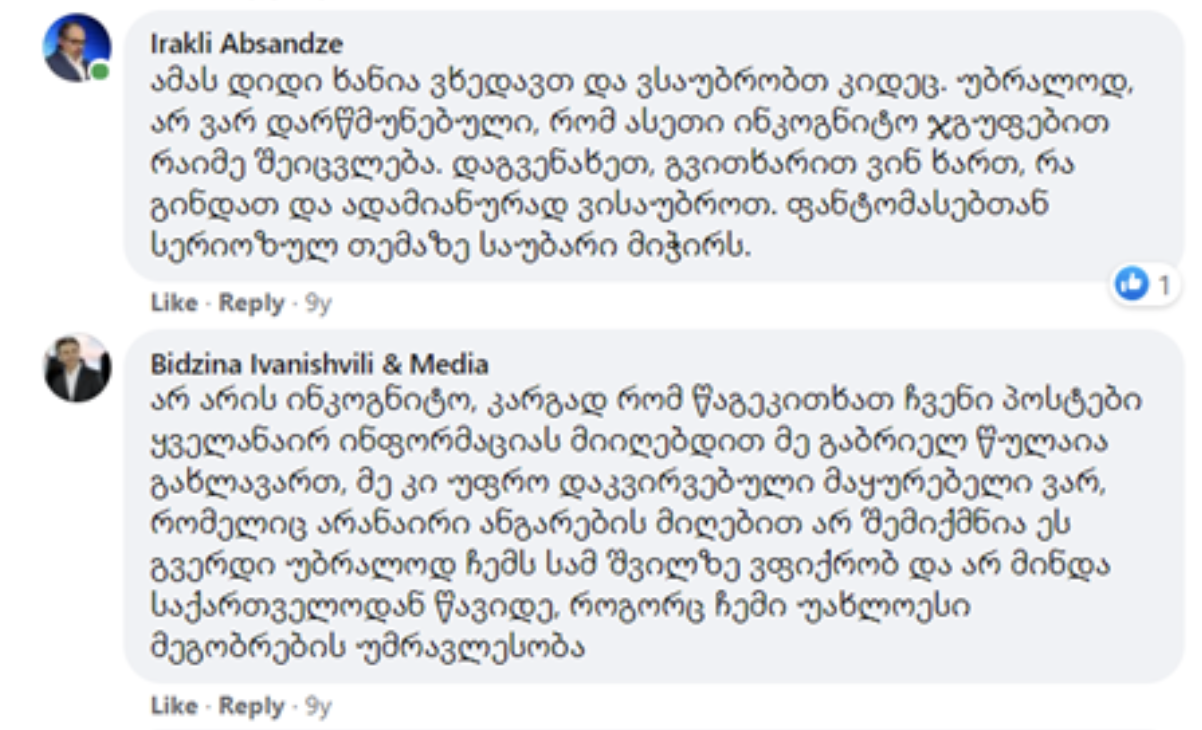 The page is not Incognito. If you have read posts carefully, you would get the information that I am Gabriel Tsulaia. I am more of an observed viewer, who has created page with no interest but just thinking about my 3 children as I don’t want to leave Georgia like most of my close friends did.

The current description of the page indicates that it is a multimedia resource that brings together the news about the reforms in the country, as well as business, economics, and policy development. The name of the company - "Holon" and the website address: http://www.holon.ge are indicated. The website is currently inactive; However, the Facebook page - "Holon - Business & Technology" with an analogous name and page description appears on Facebook. 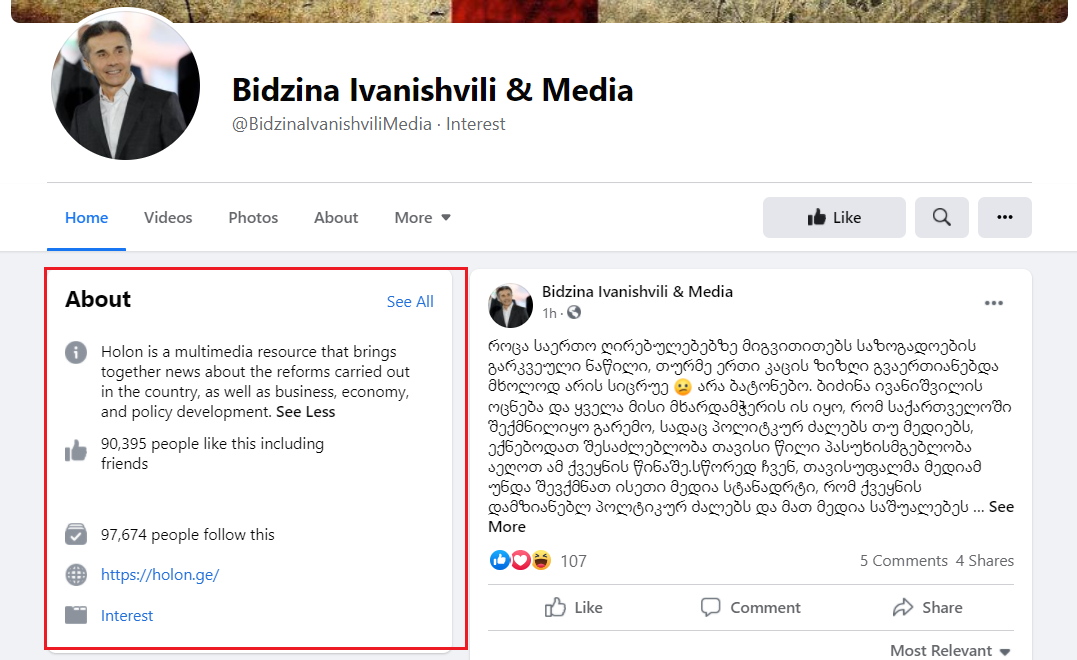 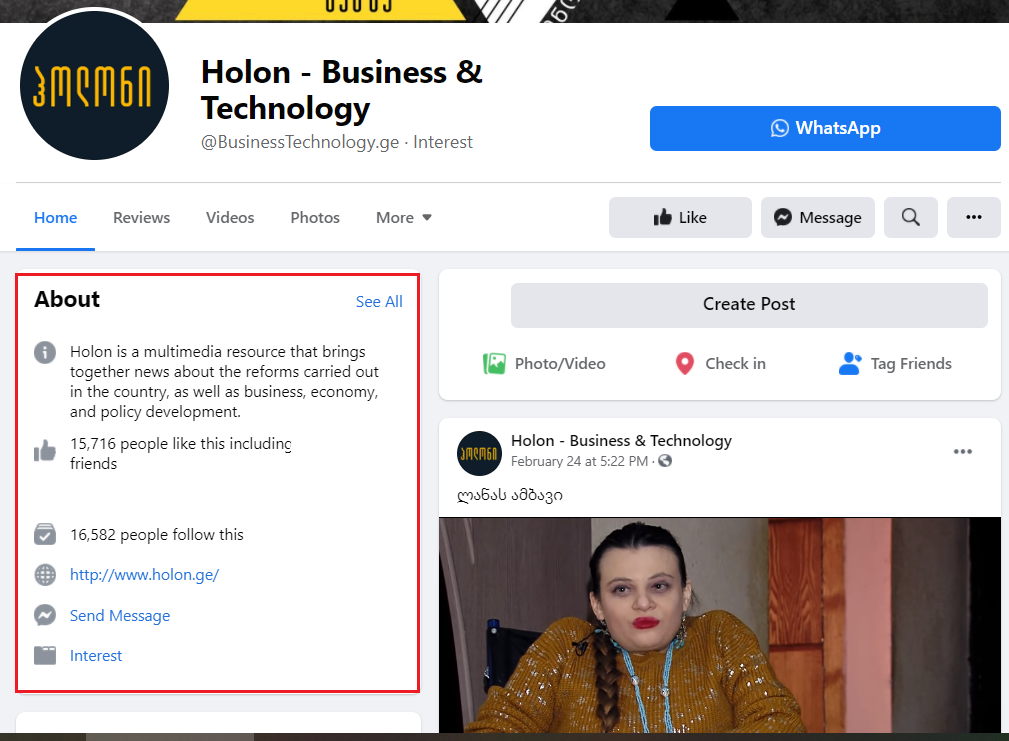 According to the National Agency of Public Registry, Irakli Tsulaia - the author and the host of the Imedi TV program "Business Chronicle”, is the 100% owner of Holon Ltd. Information about the sponsor of the political posts on the Facebook page “Holon - Business & Technology” are being open and it shows that Irakli Tsulaia is responsible for funding. 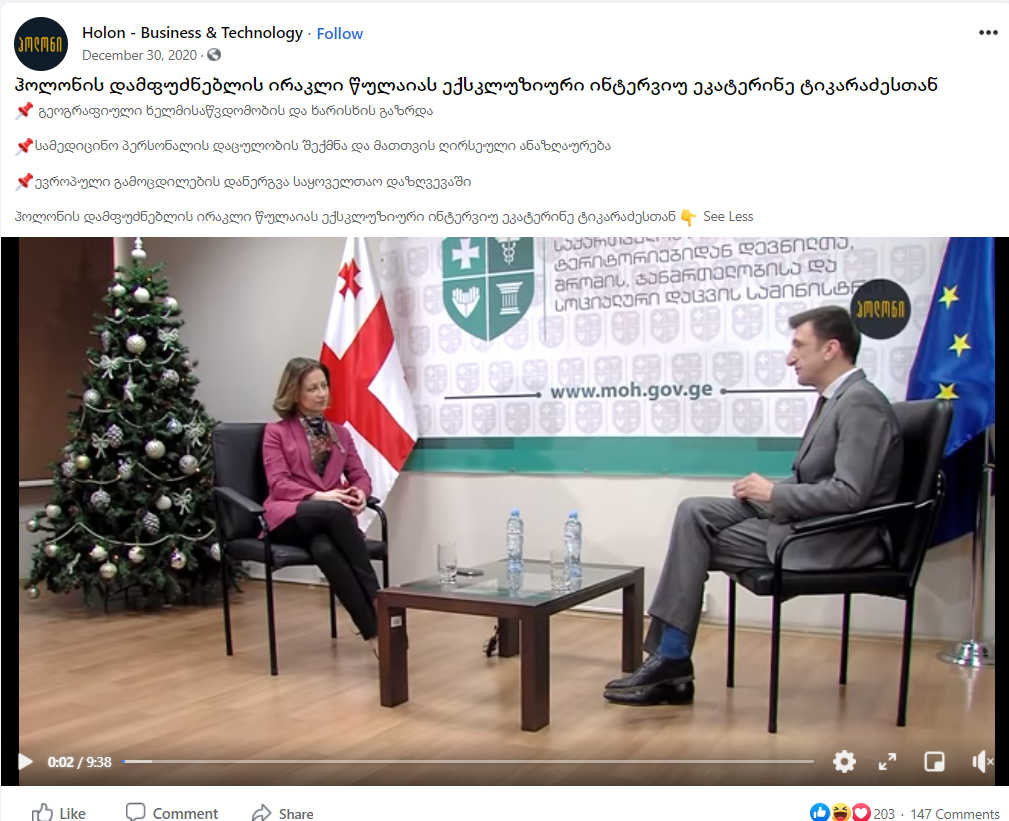 In addition to the general characteristics of the pages, the Facebook page "Bidzina Ivanishvili & Media" often published Irakli Tsulaia's analysis and shared news from his program.

Besides Irakli Tsulaia being a relative of Gabriel Tsulaia, they two had business ties. In 2013-2017, Gabriel Tsulaia held the position of the Director of “Black and White Solutions”, while Irakli Tsulaia owed 100% of the company. In 2013, the company provided internet service to the Chief Prosecutor's Office of Georgia through a simplified electronic tender. The agreement on the creation of a website for the prosecutor's office and a one-month service for managing the site and social networks.

The given information indicates that the government agencies of the strategic communications are not strictly separated from the ruling political party - Georgian Dream and its informational campaigns and that the public resources that could be used to respond to the external and internal disinformation challenges may be misused.

Social Media Monitoring Program of the International Society for Fair Elections and Democracy is made possible by the support from the American people through the United States Agency for International Development (USAID), and within the ACCESS project of the East West Management Institute (EWMI). The social media monitoring is supported by the Federal Foreign Office of the Federative Republic of Germany through the Institute for Foreign Cultural Relations (IFA).

Views expressed in this article are solely those of ISFED and they do not necessarily reflect the views of the donors.