An anonymous source provided ISFED with the document that indicates that Educational Resource Center of Kvareli Municipality was arranging the involvement of public school principles and their deputies in election campaign, in favor of the Georgian Dream’s Sakrebulo candidate Ketevan Tchipashvili. It is noteworthy, that Ketevan Tchipashvili also heads the Kvareli Educational Resource Center.

The provided document illustrates that the Resource Center had a pre-made list, called “Ketevan Tchipashvili’s supporters (People who will actively be involved in pre-elections campaign)”. The list includes the names of the public school principals and their deputies (with contact information) in Kvareli Municipality, whose alleged involvement in the campaign was aimed in favor of Ketevan Tchipashvili. It is important to mention, that during 2017 Municipal Elections, Ketevan Tchipashvili violated the rules of agitation established by the Election Code and ISFED filed a complaint with the election administration. 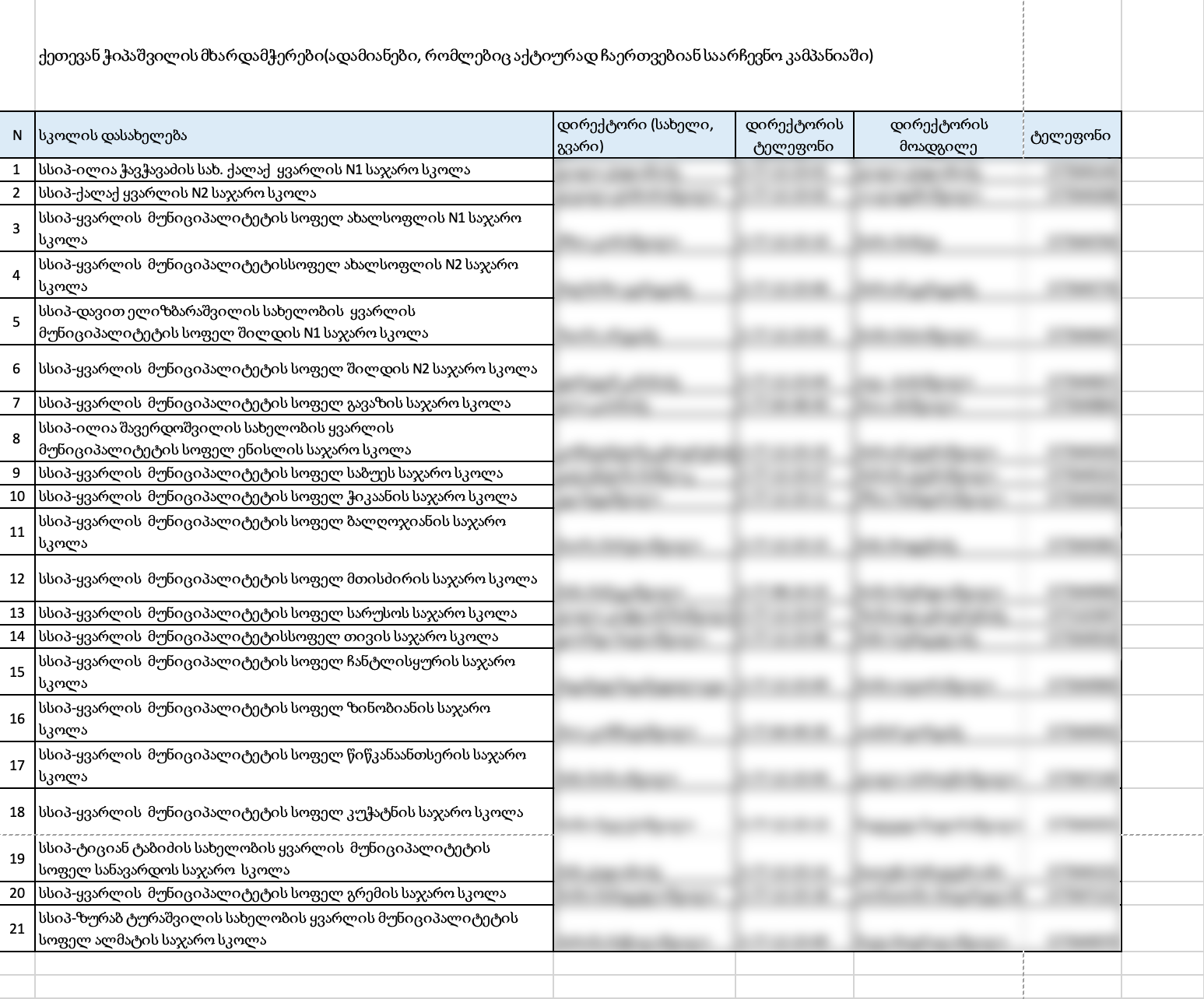 It is unknown, on whose instruction the list was compiled and in what form the school principals / deputies were involved in the election process, but the information obtained confirms the signs of politicization of educational institutions and abuse of office for electoral purposes. This is also an attempt to involve subordinates in the pre-election campaign, which is prohibited by the Electoral Legislation and constitutes the use of administrative resources.

For many years now, ISFED has been raising the problem of politicization of educational institutions and the involvement of local resource centers, as well as public school principals in the election process, which is one of the major challenges during the election period. The staff of these institutions is often seen as an important electoral resource by the ruling party and moreover, they are actively used for agitation purposes, including in involuntarily and coercion.

· The Prosecutor’s Office of Georgia to investigate the involvement of public school principals / deputies and the Educational Resource Center in the political process and provide the public with information about the results of the investigation immediately;

· Georgia’s Ministry of Education and Science within its mandate to investigate and respond to this fact. In addition, take active steps to eliminate political influence in the field of education.

ISFED expresses its readiness to provide legal assistance to all persons employed in the education system who believe that their involvement in the electoral/political process was involuntary.